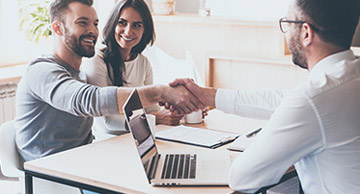 The developers had an existing relationship with their bank so Provisio provided a subordinate ‘mezzanine’ loan which ‘filled the gap’ between the bank senior debt and the developers own unsecured capital.

Both apartment blocks, consisting of 18 separate flats, were sold to investors.
Provisio advanced £700,000 and were secured by an inter-creditor agreement and a second ranking security over the assets. The developers provided a guarantee if the Cost-To-Value exceeded 75% for the Gross Development Value.

Talk to our Specialists