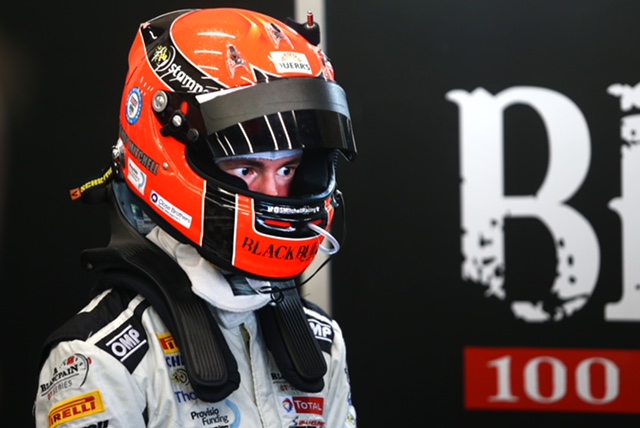 Paul Reilly2018-09-25T12:29:40+01:00
Like: 0
FORFAR TEENAGE RACER SANDY MITCHELL READY FOR BARCELONA SHOOTOUT
Scots teenager Sandy Mitchell, heads to the Circuit de Catalunya in Barcelona this weekend (Sept 29/30) aiming to clinch the coveted Silver Cup in Europe’s premier sportscar series, the Blancpain GT Endurance Championship.
Driving his 190mph Black Bull Lamborghini Huracan GT3 on the circuit which also hosts the Formula 1 Spanish Grand Prix, the 18-year-old from Forfar heads to Barcelona on the back of two successive podiums, including a win at Paul Ricard in the South of France and a dazzling second place in the Spa 24Hrs.
Ahead of what promises to be a thrilling season finale in Spain, Mitchell reflected on his first season racing a GT3 in Europe, having previously won races driving a GT4 in the British GT Championship, and looked forward to Barcelona. 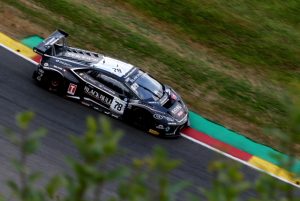 “I think it’s been a very positive first year in Blancpain GT because it’s a big step up into the GT3 category, and also racing on the major European tracks,” the talented young Scot, a member of the prestigious British Racing Drivers’ Club Rising Star scheme, and part of the Lamborghini Squadra Corse GT3 Junior Program, explained.
“There’s been a lot to learn in terms of new tracks that I’ve not raced on before, and mastering a completely different, more powerful, faster and aerodynamic car. I think, bearing all that in mind, I’m very happy with my performances in terms of pace and consistency.”
Mitchell — partnered by team-mates Italian Michele Beretta and Croatian Martin Kodric — heads to Barcelona for the final three-hour race lying second in the title battle, just 15 points behind the leading Mercedes. But with 25 points for a win, it’s all to play for.The team’s first two rounds at Monza and Silverstone were compromised respectively by an electrical fault and gearbox failure. On both occasions the car was running in a strong podium position.
“These non-finishes were outwith anyone’s control, which was frustrating,” he stated. “But we knew we had good speed. In fact we knew we had that from the first qualifying session at Monza. I was comfortable in the car and my pace was good, so I was happy with that.
“To then be able to take that into Paul Ricard and the 24-hour race at Spa in Belgium, where the car ran faultlessly and we were able to get the results we deserved — a win in France and a second place, literally by two seconds, in the Spa 24Hrs — was excellent.”
Now though, the focus is on Barcelona, and Mitchell knows exactly what he needs to deliver in his Barwell Motorsport-prepared Lamborghini.
“Winning the Silver Cup would be huge,” Mitchell admitted. “We go to Spain concentrating solely on what we can control. We have to focus on our performance and our race, and then see what effect that has had on the battle for the title.
“We need to try and win the race, and then hope a few people finish between us and the Mercedes which currently leads the Silver Cup standings.
“I know everyone will be giving their maximum effort as a team throughout the weekend to ensure we put ourselves in the best possible position to win the race, and lift the title.”